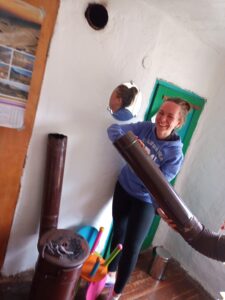 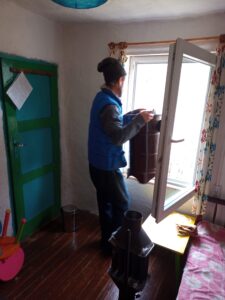 This time I want you to show a little tale about  fireplaces. I think it was the third day after I arrived in Vegetarium when Filip said that we have to install new fireplaces. Well, at the start I did not think it’s gonna be something much interesting or funny, but it turned out to be even a little introduction to Bulgarian ways of sorting things out. We started by taking out old fireplaces, but as I later understood, whatever is not yet somewhere far in a garbage bin, can be reused…

The first surprise was when we opened the box of the new fireplace and understood, that the first part and the second part is not fitting together. I was feeling a bit stressed, but Filip was not even slightly surprised and smilingly said something along the lines of ‘yes, Ieva, this is Bulgaria, welcome’. And indeed, in my home country I know that if some misunderstanding happens, it’s very easy to solve, but apparently here, no. And also don’t forget that we are on a mountain, on a road, which is only accessible by 4×4 jeep. So next step – we had to design our own special type or fireplace. It’s called you take one part from new, one part from old, and look what will come out of that. I don’t know if it’s like that for many Bulgarian country houses, but I can tell you that Filip has almost a special room for old pipes and tubes… And this time it really saved us. It was almost like playing Tetris, because all the interconnected tubes have to come together well and fit into one another, so the smoke is going out properly. If one tube does not fit, there are at least 5 more to try. You can see a little glimpse in pictures of how the process and end result looks.

Now it’s been some time since our own designed fireplaces have been working, and to be honest – I think no one who comes, even notices that something is not really looking as it should.

For me, it was also a lesson about understanding that even sometimes, when you think that there is no solution, take a step back, and see, how much you can actually achieve just by looking outside of the box of your mind, and taking a look into some storage spaces around the house! 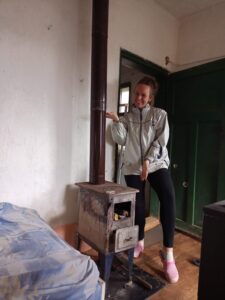 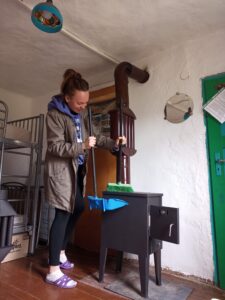